I think it's great, Maddona supporting Israel the way she has done.
In the face of much of the world's anti-Israeli sentiment, Maddona's courage and love for Israel is most admirable and welcome. 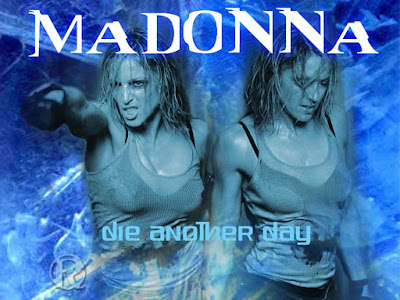 Pop celebrity Madonna met Israeli President Shimon Peres Saturday during a visit to Israel to attend a conference on Jewish mysticism.
Madonna was seen entering the home of the Nobel Peace Prize laureate in Jerusalem after the end of the Jewish New Year at sunset Saturday. Peres gave Madonna a copy of the Old Testament, the Jewish Bible, in the meeting that she requested, Israeli TV reported. The meeting was closed to the press.
On Friday, Madonna was filmed singing Jewish songs and dancing at a conference on Jewish mysticism, or Kabbalah, with a crowd of hundreds at a Tel Aviv hotel. It was not clear how long the music star would stay in Israel.
Madonna arrived in Israel Wednesday night on a private visit to the Holy Land. Madonna's interest in Kabbalah in recent years, despite her background as a Roman Catholic, has been criticized by Orthodox Jews who say it is an abomination.
The singer has taken the Hebrew name Esther, and has been seen wearing a red thread on her wrist in a Jewish tradition to ward off the evil eye. During her visit she plans to visit sites sacred to Kabbalists