Catholic Church: Haven for Child Molesters or Refuge for Terrorists? 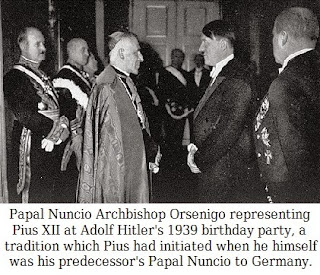 Thousands of Catholic clergy and religious have raped and sodomized tens of thousands of children—perhaps more than 100,000 children—since 1950. These crimes were committed in secret, and bishops nurtured that secrecy. Over 17,000 survivors have broken through the silence, and their accounts have created an in-depth picture of the crisis, both in their own writings and in the work of journalists and law enforcement officials. Attorneys have obtained diocesan documentsthat reveal additional survivor witness and also document parts of a huge cover-up. But for every account that is known, hundreds are not yet public. Here are some numbers documenting the Church's role in molesting innocent boys and girls.
25,383 – using the current USCCB rate of victims per priest (2.6) and the New Hampshire level of accused priests (8.9%)
46,125 – using the Boston archdiocesan count of victims and the Boston share of U.S. Catholics
100,000 – using Rev. Andrew Greeley's 1993 partial estimate of 2,500 accused priests and 50 victims per priest
320,000 – using the USCCB's current count of accused priests (6,427) and Greeley's estimate of 50 victims per priest.
By any standard, this "church" is, to put it politely, incredibly immoral.

This is the same Church that aided and supported the Nazis in Germany.
Nazi leaders of Catholic background included Adolf Hitler, Heinrich Himmler, Reinhard Heydrich, and Joseph Goebbels.
Hitler did well in monastery school. He sang in the choir, found High Mass and other ceremonies intoxicating, and idolized priests. Impressed by their power, he at one time considered entering the priesthood.
Rudolf Hoess, who as commandant at Auschwitz-Birkinau pioneered the use of the Zyklon-B gas that killed half of all Holocaust victims, had strict Catholic parents. Hermann Goering had mixed Catholic-Protestant parentage,

Now the Catholic Church has announced they will support the Palestinian Arabs in their campaign to destroy Israel.

The Catholic Church is a disgrace to decency and the term "Christian".
Posted by Unknown on 7:06:00 PM No comments: 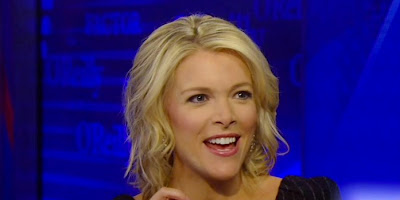 It’s getting lonely out there for Megyn Kelly. At the moment she’s about the only American journalist defending Pamela Geller and, by the way, free speech.The rest of American Journalism agrees that the First Amendment is okay, so long as it comes with a dash of restrictive Sharia Law. Speak your mind but do not take your opinions to Texas or any place that might offend people who go crazy at the sight of a cartoon.In other words, as we’ve been listening to the clobber-fest against Pamela Geller, freedom of expression, we’re being advised, must be exercised with caution. So they tell us, these opinion makers, who without a sense of shame insist that they love the First Amendment – but conditionally, fitfully, reluctantly, sporadically.Who says this? People who by the luck of the draw have the Bill of Rights to sustain their livelihoods.But apparently Judeo/Christian values are not worth savoring and fighting for, particularly if you are a journalist.From Moses’ declaration in Leviticus, to “proclaim liberty throughout the land,” how quickly we’ve gone to proclaiming the suppression of liberty.Who saw this day coming? I did. Not because I’m smart, but because I’m a pessimist. Pessimists are correct 98.7 percent of the time. Novelists are pessimists and that’s what gets us in trouble so much of the time, when we use fiction or part fiction to get digging into the truth – like this book that spills the beans about news media dishonesty and what really goes on in our newsrooms.From “Half The News That’s Fit To Print” we can hardly be expected to make up our minds intelligently.We are a misinformed public and nothing is more dangerous than a people being misled by liars and fakes…in this case ideologues of the Left.The shift may have begun when Edward R. Murrow brought down a Senator, Joseph McCarthy, but it certainly began when Woodward and Bernstein, back in the 1970s, brought down a President, Richard Nixon. A generation wanted to “do good” and found journalism as the perfect means to “repair the world,” quicker than dentistry and root canal.Now we are still in the clutches of news being presented by social activists who, starting with The New York Times, hardly pretend to be neutral.From “Half The News That’s Fit To Print” we can hardly be expected to make up our minds intelligently.Take George Stephanopoulos, please. This is a journalist? Yes, this is a journalist. ABC-TV hired him straight from the Clinton White House (the old one, not the new one quite yet) where he served as a political advisor. They offered him big money, and presto; he is a journalist, indeed the leading voice at ABC.You expect both sides of the story?Or take Geraldo Rivera, who specialized in trash sensationalism, like the search for Al Capone’s Vault, and now reports for Fox News.But Fox News must be forgiven because despite the presence of Juan Williams and Shepard Smith, it’s all we’ve got for news and opinion fair and square.This is where we find Megyn Kelly. This is where steady customers to the network were astonished to find Miss Kelly all alone doing battle for Pamela Geller. One by one, the rest fell like dominoes for limits to free speech, while for Kelly it is all or nothing.We sense her frustration as even the most tough-minded conservative speakers clobber away at Pamela Geller and the First Amendment.Kelly must have thought she stumbled into the wrong studio when colleagues Greta Van Susteren and Bill O’Reilly sounded like Chris Matthews.It’s good that we have her, but sad that we have her practically all alone.Jack Engelhard
Posted by Unknown on 5:07:00 PM No comments:

Brandon Wade / AP
Highly trained ISIS fighters armed with automatic rifles gunned down by one American Policeman armed with only a handgun
A heroic Texas Lawman took down two "sophisticated" ISIS "Operatives" this past weekend.
ISIS criminals are pretty good at murdering women and children, but when ever the odds are even these terrorists are always outfought by normal people.
These two cowardly losers had planned to murder as many innocent, unarmed people as possible at an art exhibition'
They jumped out of the car armed with AK47s and body armor.
One cop, armed only with a pistol, sent them both to Hell.
ISIS claimed responsibility for the attempted attack on Tuesday, CNN reported.
The group justified the actions by the gunmen, identified as Elton Simpson and Nadir Soofi, saying in their al-Bayan Radio news bulletin that the exhibition “was portraying negative pictures of the Prophet Muhammad,” according to the BBC. An audio statement on the group’s radio states said that “two soldiers of the caliphate,” carried out the attack and promised for more attacks in the future, according to the Associated Press.
This is the first time ISIS has claimed responsibility for an attack in the U.S., according to AP, but U.S. officials have not confirmed whether or not the extremist group was behind Sunday’s shooting.
I'll confirm it.
These clowns were pretty typical of ISIS criminals, stupid and cowardly.