In a few weeks Norway will  be“Judenrein”.  The last 819 Jews still living in Norway are now leaving the country due to the rise in antisemitism. 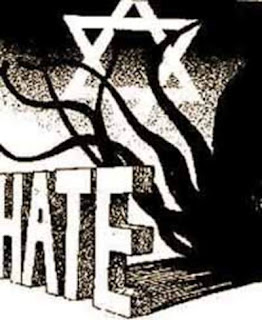 “But you, Belshazzar, his son,[d] have not humbled yourself, though you knew all this. 23 Instead, you have set yourself up against the Lord of heaven. You had the goblets from his temple brought to you, and you and your nobles drank wine from them. You praised the gods of silver and gold, of bronze, iron, wood and stone, which cannot see or hear or understand. But you did not honor the God who holds in his hand your life and all your ways. 24 Therefore he sent the hand that wrote the inscription. 25 “This is the inscription that was written:
mene, mene, tekel, parsin

26 “Here is what these words mean:
Mene[e]: God has numbered the days of your reign and brought it to an end.

27 Tekel[f]: You have been weighed on the scales and found wanting.
28 Peres[g]: Your kingdom is divided and given to the Medes and Persians.”

There are SPIRITUAL LAWS in this world & when they are broken, ALL HELL BREAKS LOOSE! See the Gospel of Matthew 12:43-45.

Europe & America has REJECTED the Gospel of Jesus of Nazareth (See Gospel of Matthew chapter 5, 6 & 7).

This is a most frightening article I have read in my life. My husband and his parents escaped from Germany during the Holocaust and I can understand how horrible this must be for those directly affected.

It's tragic, really to see history repeat itself.

I agree with ANONYMOUS. This is horrifying. I can hardly believe it is true. What are we to do?

Having had many mysterious revelations given me by the Lord in 2009-2011, I can easily identify this "renewed, global anti-simetic spirit" that has arisen. I shared with major ministries and it's difficult for us, at times, to receive what come by way of the Holy Spirit's revealing. How the world, the Church, needs an "awakening" and yet, I see how sluggish the responses are to the ALERTS! My prayers of intercession and watching global news, have not waned nor waxed cold and I have seen a reviving of "open eyes" beginning to take place and for that I am ever so grateful to the LORD! Izzy Speaking Today, is a blog dedicated to the documentation of visions, dreams and divine utterances, for all to add their prayers of intercession to! Continue to herald the WARNINGS! Wonderful article. Blessings! God bless the JEWS!

While this is a horror it's also Bible Prophecy. G_d will bring his children from the North, South, East and West back to their homeland.What can I as a Christian or even a non-Christian do? We can support those ministries that are providing transportation to the Jewish people in other countries that must leavedue to persecution. Please go to the websites of Bridgesforpeace.org or The International Fellowship of Christians and Jews and support their efforts to bring G_d's chosen people back to their homeland. We must support finiancially as weell as through our prayers. I think this is only the tip of the iceberg of the hatemongers of G_d's chosen people. We truly are in the last days.

Yes this is prophecy, but that does not make it right. I see it here in the US as well and it is a sad, and well kept from the public, fact. Americans everywhere are turning a blind eye to all that is wrong in our country and this last election is a testimony to that fact. At least we now have (at last count)33 states petitioning the White House for Succession. I don't know how much of a clearer message we can send to our government. If you live in one of these states, please consider signing your states petition. I don't expect the states to actually succeed, except for maybe Texas, my state, but this is a desperate measured attempt to let our Federal Government know that enough is enough. Our government hides Muslim crimes daily in this country and they go unreported by the main stream media. The internet is the only place left to get the truth and the UN is set to take over the Internet next month! Since so many Islamic countries and representatives set on all of the UN councils and since they (UN) made it International law that to speak out against Islam is a crime, where are we to go from here BUT to sign petitions to get the attention of our Muslim President and Federal Representitives?

This is why we were commanded to be fruitful and multiply. But, rather than obey His Word, Believers have chosen to have bigger cars, homes, and toys. This is the result of sin.

Anonymous said...
This comment has been removed by a blog administrator.
9:07 AM

-
In 1972 I received the Baptism in the Holy Spirit. In 1973 or 1974 I was going to a small church. The Pastor there asked me to take up the collection as the regular person was ill and not there. After we collected the offering we went in the back to count the collection. While doing that I came across a folded white paper, as I opened it up and read it, I was shocked. The paper said." When the USA goes against Israel judgment upon America will start in "7" days and last for "7" months." Its been a lot of years since I thought of that Prophecy. Who would think a thing like that would happen in a country blessed by God? But as the years wore on and the things that this country has been doing. I would never have thought that this would happen, but know with our President in office and the things that he is doing, I can see this is what is about to happen, when? I don't know. But my spirit says soon. How soon??
Yahweh bless you and yours.
Rich

This will happen not only in Europe but also in the rest of the world. The whole world will be "Judenrein", except for Israel.

Ezekiel 39:27-28 when I have brought them again from the peoples, and gathered them out of their enemies' lands, and am sanctified in them in the sight of many nations; then they shall know that I am Jehovah their God who exiled them among the nations. But I have gathered them to their own land, and HAVE NOT LEFT ANY OF THEM THERE.

While I agree that the US is rapidly heading in the wrong direction, if any state attempts to succeed, ESPECIALLY Texas, it won't be through a Federal website controlled and run by the Obama Administration! I wish we (TX) would secede, but for now all we can do is pray, spread the news, and support the Jewish people and Israel.
I would also suggest writing or calling your State and Federal representatives.

Yes,
As if it was only the Jews who are driven away from ANTWERP in Belgium.
I, as a christian, not being part of the muslim population in Borgerhout Antwerp was attacked inside my house by +-30 marocans who broke the door out of the wall and broke everything down they could break down inside my own house.
I had to leave the place and sold my house.
In that order.
Note that they called me "JEW" when I passed by because I use to have a suit on like a decent person.
It is because we are not like them that they drive us out of the places where we use to live and where they take over now.

If we try to look for the Hashgacha Pratis behind this phenomenon, it could very well be that Hakadosh Baruch Hu wants Europe to be Judenrien in order to bring upon the Europeans their just reward, like what's coming to them for all the Jewish blood spilled on their soil, without any Jews having to suffer. Plenty of room here in Erets Yisroel. Welcome!!

It's not against the law to speak ill about Islam. Obama is not Muslim.