DERSHOWITZ UNLEASHES: OBAMA AN 'APPALLING PRESIDENT' Calls him 'one of the worst ever'

Famed lawyer and liberal icon Alan Dershowitz, a professor emeritus at Harvard Law School, is blasting Barack Obama as an “appalling president” for stabbing Israel in the back, with his decision to allow the U.S. to abstain from, and essentially support, a U.N. resolution last week. In an interview with Fox News, Dershowitz said: “What he (Obama) did was so nasty. He pulled a bait-and-switch. He said to the American public: This is all about the settlements deep in the West Bank. And yet he allowed his representative to the U.N. abstain, which is really [support] for, a resolution that says the Jews can’t pray at the Western Wall, Jewish … students can’t go to Hebrew University, Jewish and Arab patients can’t go to Hadassah hospital, Jews can’t live in the Jewish Quarter, where they’ve lived for thousands of years, and he’s going to say, ‘Whoops, I didn’t mean that.’ “Well, read the resolution!” he said. “You’re a lawyer!”

On Friday, Obama had his U.N. representative abstain from a vote on a resolution that demands Israel “immediately and completely cease all settlement activities in the occupied Palestinian territory, including East Jerusalem.” t also calls for the Jewish state to be restricted to the borders it had before the 1967 war, when it was attacked by its Arab neighbors. Critics said it effectively strips Israel of any bargaining power in any future peace negotiations by forcing the state to forfeit its biggest bargaining chip. The resolution was approved 14 to 0, with the United States abstaining. To pass, a U.N. resolution requires approval by 9 out of 15 members of the Security Council, and no vetoes by any of the five permanent members, including the U.S. Since the U.S. didn’t veto the plan, the Obama administration effectively endorsed it. Dershowitz said he had met with Obama at one point, and Obama had assured him that he would always have Israel’s back. “I didn’t realize what [Obama] meant is that he would have their back to stab them,” Dershowitz said. He explained a Middle East peace now will be much harder to achieve because Arab interests will believe they have to make no accommodations, that the international processes such as those at the U.N. will give them a nation on their own terms. The result? Obama will be considered “one of the worst foreign policy presidents ever,” he said. He described Obama as an “appalling, appalling president.”
Posted by Unknown on 9:18:00 PM No comments: 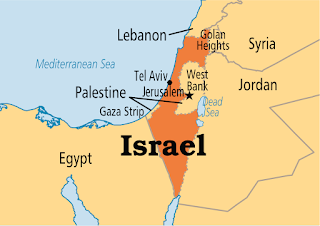 As most people know by now, the UN security Council today approved a resolution calling on Israel to cease building settlements.
The administration said they abstained from voting because the language mirrored facts on the ground.
Obama could have vetoed the resolution but didn't because they agreed with much of the resolution.
In effect, this is a propaganda victory for Arabs, and another propaganda tool to use while attacking Israel.
This will be a large part of Obama's legacy. mfbsr

12.23.16 2:44 PM ET
In a stinging rebuke to Israel, the United States abstained from a United Nations Security Council vote on a resolution that demands a halt to Israeli settlements, allowing the measure to pass despite vigorous bipartisan opposition at home.
In advance of the vote, Democratic and Republican lawmakers called on the Obama administration to block the measure, saying it would harm peace negotiations between Israel and Palestine. The Obama administration, meanwhile, contends that Israel’s settlements have imperiled the peace process, and that a two-state solution cannot exist while settlement activity increases.
Speaking immediately after the vote, Samantha Power, the U.S. ambassador to the U.N., singled out Netanyahu and his allies for their continued support of settlements.

“One cannot simultaneously champion expanding Israeli settlements and champion a viable two-state solution that would end the conflict,” Power said. “One has to make a choice between settlements and separation.”
Of the 15 member states, 14 voted in favor of the measure. As one of the five permanent member states on the Security Council, the U.S. has veto power over any resolution. It decided instead to abstain, prompting rousing applause inside the chamber but vehement criticism from Capitol Hill and the incoming administration.
As drafted, the resolution condemns Israel’s settlements as a “flagrant violation of international law” and as having “no legal validity.” Israel has long maintained that its settlements, particularly those in the West Bank and East Jerusalem, are legitimate and legal.
President-elect Donald Trump had intervened in the process earlier in the week, speaking on the phone with Egyptian President Abdel Fattah al-Sisi in an appeal to delay the vote that was originally scheduled for Thursday. Trump was successful, but the same resolution was put up for a vote by four separate nations—Malaysia, New Zealand, Venezuela and Senegal. After the vote, Netanyahu asked his ambassadors in New Zealand and Senegal to return to Israel.
Trump also personally offered his support to Israeli Prime Minister Benjamin Netanyahu, whose government vehemently opposed the resolution. The president-elect tweeted in response to the vote: “As to the U.N., things will be different after Jan. 20th”—the day Trump officially takes office.
That sentiment was echoed by Israel’s ambassador to the U.N., Danny Danon, who said he has “no doubt that the new U.S. administration will usher in a new era.” In a separate statement, Netanyahu called the vote “shameful” and vowed to defy it, accusing the U.S. of sabotaging his government.

In advance of the vote, Rep. Adam Schiff and Sen. Chuck Schumer, both Democrats, were vocal in their opposition to the resolution, and urged the Obama administration to block it. After the vote, critics from both sides of the aisle piled on.
“I am dismayed that the Administration departed from decades of U.S. policy by not vetoing the U.N. resolution regarding Israeli settlements. I continue to believe that a productive path toward peace requires direct negotiations between the Israelis and the Palestinians,” said Sen. Mark Warner, a Democrat from Virginia.
Added House Speaker Paul Ryan: “This is absolutely shameful. Today’s vote is a blow to peace that sets a dangerous precedent for further diplomatic efforts to isolate and demonize Israel.” He pledged that the incoming Trump administration will work to “rebuild our alliance with Israel.”
South Carolina Sen. Lindsey Graham said the U.N. as a whole “is increasingly viewed as anti-Semitic and seems to have lost all sense of proportionality.”
Amid the backlash, the White House held a last-minute call with reporters after the vote, during which senior White House officials said the settlements have only contributed to Israel’s “isolation” within the international community, making it harder to achieve a two-state solution between Israel and Palestine.
“The continued pace of settlement activity, which has accelerated significantly in recent years … puts at risk the two-state solution,” said Ben Rhodes, a top national security aide to President Obama.
GET THE BEAST IN YOUR INBOX!

Enter your email address
By clicking "Subscribe," you agree to have read the Terms of Use and Privacy Policy
SUBSCRIBE
Rhodes added that the U.N. is a “flawed venue” through which to address the Israeli-Palestinian conflict because it “has frequently been used to single out Israel.” The U.S., Rhodes said, has therefore resisted efforts to hold negotiations on the issue through the international body.
The Obama administration’s opposition to Israel’s settlements has been well-documented. Earlier this month, Secretary of State John Kerry said Israel was “heading to a place of danger” with its construction in disputed territory. The White House said Friday that opposition to Israeli settlements and “incitements of terrorism” are “consistent with longstanding bipartisan policy.” Breaking with her colleagues, Democratic Sen. Dianne Feinstein praised the Obama administration for acting to preserve the U.S.’s support for a two-state solution.
Responding to the vote, GOP Sen. Tom Cotton, a foreign policy hawk, suggested that the U.S. should consider pulling out of the international body.
“Time for complete review of our U.N. policy, not just funding. Open question whether U.S. should remain member & allow U.N. to disgrace our soil,” Cotton wrote on Twitter. White House officials characterized similar suggestions as an overreaction.
The incoming Trump administration has signaled its intention to move the U.S. embassy in Israel from Tel Aviv to Jerusalem, and critics suggested the Obama administration’s decision to abstain from the U.N. vote was intended to rebuke Trump. Rhodes shot down that suggestion.
“It is absurd to suggest this action is related some way to police positions that the incoming administration has already said it was going to pursue,” Rhodes said, adding: “There’s one president at a time.”