TEL AVIV – Presidential candidate Bernie Sanders, “an ignoramus when it comes to the Middle East,” has tapped a “professional Israel-hater” for the Democratic Platform Drafting Committee, internationally acclaimed lawyer Alan Dershowitz told the Algemeiner on Tuesday.
Dershowitz, a staunch supporter of the Democratic Party and the author of The Case for Israel, slammed Sander’s selection of Arab-American Institute (AAI) president and BDS activist extraordinaire James Zogby to fill one of his five slots.
“Bernie Sanders is an ignoramus when it comes to the Middle East, and he is very strongly biased against Israel. He gets his information from hard-Left, anti-Israel sources, and he doesn’t think for himself,” he said.

The Family: Winner of the cutest creature hunt

The Family: Winner of the cutest creature hunt
Posted by Unknown on 11:21:00 PM No comments:

The liberals on CNN are beating up on the trump surrogate for saying that we need to increase scrutiny on groups that are committing crimes of terror.
These
Model/News commentators are attractive, but they are defending muslim terrorists, sorry, but that's stupid.
Right now they are all shouting at the trump surrogate, you can't make out what they are saying because they are screeching and yelling at the same time.
But its along the line of "Stop blaming muslims for terrorism. They are not responsible for it.
ISLAM is peaceful!!!"

There are some really serious, horrifying crimes going on around the world, and the VAST majority of it is muslim criminality.

Idiots like the Newsmodels and the angry looking butch lesbian  who looks like she is about to punch the surrogate are driving Americans into trumps camp.
The terrorists don't need the support of these pathetic fools.
Woman and children are being murdered and all the liberals have to say is how peaceful islam is and how evil the "ISLAMAPHOBES" are. 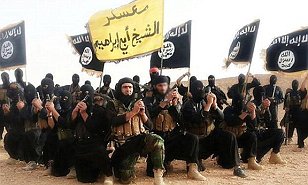 The Worst Arab States For Women