We now have Mahmoud Abbas's answer regarding short-term Palestinian Authority (PA) strategy. He says that if Israel stops all construction now-in Jerusalem and the 3000 apartments being completed-and accepts in advance the 1967 borders and there will be peace within six months. This is the basic story we've been hearing since around 1988: one or more Israeli concessions and everyone will live happily ever after.

This is clearly bait being dangled for President Barack Obama, offering him an "easy" way out of his dilemma of not having any peace talks after almost a year in office: pressure Israel to give up more and you will look good, with plenty of photo opportunities of you presiding over Israel-PA talks.

Of course, what Abbas wants to do is to remove one of the main points of Israeli leverage, the borders to be agreed upon and the status of east Jerusalem. Moreover, is leaving out both the additional demands he will be demanding (all Palestinians who want to can go live in Israel) and all the Israeli demands he will be ignoring (recognition of Israel as a Jewish state, the end of the conflict and dropping all Palestinian claims, security guarantees, an unmilitarized Palestinian state, settling all refugees in Palestine).

In addition, of course, he can't speak for about half the people and territory he claims to represent, that is, the Gaza Strip. And by not holding elections and unilaterally extending his term, Abbas leaves the door open for some future Palestinian leadership saying he had no legitimate mandate to negotiate and therefore any agreement he made isn't binding.

Finally, he made one very big misstatement of fact, hoping-as usual-that the West pays no attention to what's said in Arabic. He claims that the PA has stopped incitement against Israel, in terms of urging violence and rejecting Israel's existence. While the PA is, of course, far better than Hamas on such matters, a very large dossier can be compiled on how that is a lie.

The question is what will the Obama Administration do? Is it going to press Israel for still more unilateral concessions so that the PA will come to talks and President Obama can claim a success? Will it try to get the PA to do something in terms of confidence-building measures or to talk without preconditions? Israel is certainly not going to accept the 1967 borders with absolutely no change before even talking with the PA (and probably not even as part of a peace agreement).

Indeed, it is now Obama administration policy that there need to be minor border modifications to accommodate the post-1967 changes on the ground. Moreover, Israel can say that if it stops all construction immediately, including in Jerusalem, the PA still won't talk so what's the point?

Incidentally, Abbas admitted that he never asked for an Israeli construction freeze before but is only doing so in the context of the Roadmap Plan. However, even after the Road Map, Abbas never made this a big issue until after Obama demanded the construction freeze. In objective terms, the president has no one to blame but himself for this mess, but of course he isn't going to blame himself. He has to blame either Israel or the PA. Which will it be?

For Israel, Good Prospects in 2010


In contrast to my rather gloomy assessment of the Obama Administration's prospects in the Middle East, Israel's prospects look rather good. This is granted, of course, that the chances for any formal peace (note the word "formal") with the Arab states or the Palestinians are close to zero. In addition there are two longer-term threats in the form of Iranian nuclear weapons and Islamists one day taking over one or more Arab states.

But let's enjoy ourselves while we can. It's also important to remember in the Middle East, optimism does not mean forecasting blue skies but merely ones only lightly overcast.

It's funny, though, how much better Israel's situation is then it's generally perceived. Consider the pluses:

--The potential of a clash with the United States has been averted, most likely for the remainder of President Barack Obama's term. All the lessons received by the United States in the region-to whatever extent it learned them-are favorable to Israel, showing how ready Israel is to help U.S. efforts at the same time as demonstrating how hard it is to get peace and how limited is the other's side's cooperation or flexibility. The possibility of U.S. rapprochement with Iran or Syria has been destroyed by the latter

--On the surface the situation with Israel looks dreadful but where it counts the support is sufficient. France, Germany, and Italy have friendly governments while in Britain an acceptably positive regime is about to be replaced by a warmer one. (It helps to have low expectations.)

--Despite their rhetoric, Palestinian Authority (PA) leaders are basically satisfied with the status quo. Their strategies for forcing more concessions from Israel without giving anything leave them smug but without prospects for success. The danger of a Hamas takeover has been averted. The economic situation on the West Bank is about as good as it's ever been. And the PA rulers prefer to avoid renewed violence. That's not nirvana but it ain't bad either.

--Hizballah doesn't want renewed war this year, seeking to carry out revenge terrorist attacks away from the Lebanon-Israel border. Hamas is probably cowed enough by the early 2009 fighting (outside observers still don't realize the extent to which its gunmen broke, ran away, and hid behind civilians, but the Hamas leadership knows), though this can't be taken for certain.

--While the international economic slump has hit Israel, the country has been more insulated than one might have dared hope from its negative effects. Its remarkable technical innovation on hi-tech, science, medical, and agricultural technology continues to make rapid progress.

--Israel has a government with a high level of popular support which really seems-after so much ineptness and ingenious plans that didn't do much good-to be on track. There is, by Israeli standards, a high degree of national consensus.

That's not at all a bad list. There are many who think that Israel cannot flourish, perhaps cannot even survive, without having formal peace with the Palestinians or perhaps also Syria and the Arabic-speaking world in general. This is simply untrue. The lack of a signed peace treaty with everyone (not to mention that such documents exist with Egypt and Jordan) is not the same as war. From the usual standards of no war, no peace this is a pretty good one.

Of course, there are negatives yet they really don't amount to anywhere near as much as it seems on a superficial glance. The virtual defection of Turkey's regime from the Western alliance (yes, it really is that bad) and the end of the special relationship between Jerusalem and Ankara is a bad thing. But the Turkish semi-Islamist rulers are restrained by their desire to play a role in regional peacemaking and not to make the Americans or Europeans too angry.

Most distressing of all is the noise. The virulent hatred of Israel by large sections of the American and especially European intelligentsia goes along with the endless outpouring of academic, media, and EU sniping can be dispiriting. Yet even here there is some silver lining. The more extreme and outright crackpot the attacks, the less credible they are. Public opinion polls, especially in the United States where they are through the roof, are not so bad. In addition, the lies and screaming have little material effect on the region itself. Something to worry about but don't lose sleep.

What's most important of all is this: A willingness to assess your problems accurately, guided by reasonable expectations. Not being crippled with ideology, blinded by misconceptions, swayed by bad international advice and the desire to be popular. And with determination and courage to implement policies that do the best with the hand you've been dealt.

If only others were doing the same thing, the world-and especially the Middle East-would be a better and more peaceful place.

EU calls For Division of Jerusalem


More antisemitism springs from the EU as we illustrate here:

The EU states, "The Council recalls that it has never recognized the annexation of East Jerusalem. If there is to be a genuine peace, a way must be found through negotiations to resolve the status of Jerusalem as the future capital of two states.
The Council calls calls for the reopening of Palestinian institutions in Jerusalem in accordance with the Road Map. It also calls on the Israeli government to cease all discriminatory treatment of Palestinians in East Jerusalem."
In other words, the future of Jerusalem is officially an international football, and at the end of the game, the Palestinians are to get their wish: To call Jerusalem their capital.
This is an unprecedented intrusion into Israeli affairs. It completely ignores the facts on the ground. Before Israel controlled Jerusalem, Christians and Jews were barred from the Old City. The Jewish Quarter was destroyed and Jews were expelled and many killed.
Under Israeli rule, all people are permitted to live in and visit Jerusalem. Forcing an official Palestinian presence on this situation will cause unnecessary tensions and increase the danger level. Imagine the Field Day that terrorists will have launching attacks on visitors -- right from land in the Old City. Remember the carnage that resulted from the pull-out from Gaza? This will be a disaster.
It will also be a victory of another sort for the Palestinian leaders, like Abbas, who believe that Jews never lived in Jerusalem. They deny the existence of the Jewish Temples. Even under Israeli control, the Palestinians have destroyed thousands of years worth of Christian and Jewish antiquities. Imagine the carnage if they are ever put in control.
It is puzzling that Israel's official response to the EU declaration did not defend a united Jerusalem under the State of Israel.

We need to defend a united Jerusalem every opportunity we get.
Posted by Unknown on 7:10:00 PM No comments: 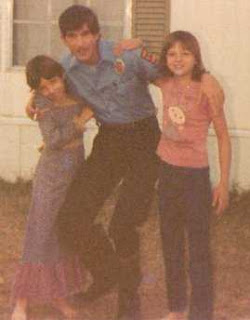