Governor Cuomo:If You Boycott Israel, We Will Boycott You! 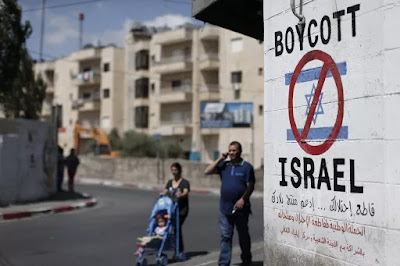 The coldblooded terrorist attacks in Tel Aviv have served as a chilling reminder of the summer of 2014, when a steady rain of terrorist rockets from Gaza confined the vast majority of the Israeli population to bomb shelters and protected rooms. During a visit with a bipartisan delegation that August, I was shown a miles-long Hamas tunnel built to infiltrate Israel’s southern communities and murder their residents. The tunnel was frightening because it was the manifestation of the single-minded obsession by Israel’s enemies to destroy the Jewish state. And yet, in many ways it was not nearly as frightening as continued efforts to boycott, divest from and sanction Israel.

That is why I recently signed the first executive order by a U.S. governor to help protect Israel from these pernicious efforts to punish it economically. My order ensures that no state agency or authority will engage in or promote any investment activity that would further the harmful and discriminatory BDS campaign. New York will identify institutions and companies, with the list made available to the public and updated regularly, that engage in boycotts, divestment or sanctions activity targeting Israel, either directly or through a parent or subsidiary. All state funds will then be divested from such entities.

If you boycott Israel, New York will boycott you.

Indeed, a new front has opened in the fight against Israel’s existence. Just as the U.S.-Israel relationship has developed a robust and burgeoning commercial dimension, the threats against Israel have acquired one. There are those who seek to weaken and undermine Israel through the politics of discrimination, hatred and fear.

New York will not tolerate this new brand of warfare. New York stands with Israel because we are Israel and Israel is us. Our values — freedom, democracy, liberty and the pursuit of peace — are collective, as is our drive to achieve them.

Two years ago, when we visited the Gaza border and examined the terrorist tunnels on that unity trip, I was accompanied by ex-Israeli president Shimon Peres and I recalled the time I first met with him 20 years prior. “We share a common enemy,” he told me then. “They come for us today, but they come for you tomorrow.” Israel truly stands on the front lines of our war against those who reject our way of life.

Political opponents claim we are punishing both activism and freedom of expression with this executive order. They are wrong on both counts. The BDS movement is an insidious economic attack that is exclusively anti-Israel.

As a matter of law, there is a fundamental difference between a state suppressing free speech and a state simply choosing how to spend its dollars. To argue otherwise would be to suggest that New York state is constitutionally obligated to support the BDS movement, which is not only irrational but also has no basis in law.

There is a clear, well-established legal distinction between political speech — whom you vote for, whom you stand with in a public rally — and blatant discriminatory conduct such as BDS activities. If a business owner refuses to serve or hire someone based on race, religion or ethnicity, it is illegal and sanctionable. If that same person attends a political rally decrying one group of people — African Americans, Jews, the LGBT community — it is constitutionally protected speech.

Dressed up as a peaceful challenge, the BDS movement is in fact anti-peace. It is a smear campaign designed to delegitimize the state of Israel and inflict severe economic damage. When the BDS movement took credit for forcing an Israeli soda-maker factory out of the West Bank, the result was not peace and prosperity. The result was that some 500 Palestinian workers lost their jobs.

Across the globe, terrorist organizations are lining up, tearing at the very fabric of our democracies. This is the new normal of terrorism, and we must be resolute in our drive to combat it. We must not lead with darkness, but instead with light and compassion. We must fight against injustice not with words, but through deeds. Only then can we come together to find peace, prosperity and security living together side by side. I pray that Israelis and Palestinians work together to find this lasting peace.

By Andrew Cuomo
The writer, a Democrat, is governor of New York. 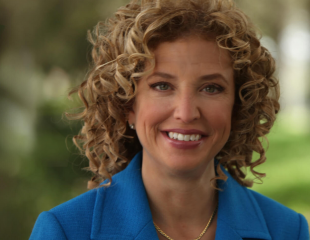 Debbie Wasserman Schultz did the right thing in putting an end to the ambition of Bernie Sanders, the worst enemy of Israel in the U.S. Senate.
Sanders has repeatedly, viciously, slammed Israel for defending herself against some of the most brutal terrorist criminals in the long. shameful history of Islamic terrorism.
He has made no secret in the past of his hate for Israel, although he has toned it down during his campaign, being aware that most Americans support Israel.
Congresswoman Debbie Wasserman Schultz has potentially sacrificed herself to be a defender of the only civilized country in the Middle East, Israel, even at her own expense.
She is a mensch. 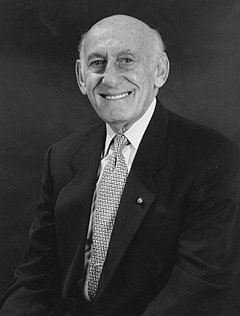 Jack Wohl was my friend.
Born in Germany in 1920, he attended school in Berlin until the rise of the nazis, whereupon the family moved to Hamburg and he attended Jewish School by day and sabatoged the German military, with the Macaabis, a Jewish Resistance Organization, by night.
One of the family photos that Jack managed to salvage from the desecrations and destruction wrought by the hun anti-Jews shows him as an incredibly beautiful young child of 5 or 6, smiling as his mother held him.
On the sidewalk, in the photo, was spray painted a large black swatztika.
As I viewed the photo, which I often did, when visiting with Jack at the rehab center where I worked as a Med Tech, and he was a patient, I couldn't help but
feel, viscerally, the agony that was about to be visited upon these noble and decent souls, of which they were so obviously unaware when the photo was taken.
Jack grew to young manhood with his equally dark and handsome brother, being affluent they dressed stylishly, they looked healthy and happy, but as the years passed, in the photos, I could see the change in their demeanor, from carefree youths, to fighters and survivors of a state turned killer.
Jack's family, in Berlin, prior to the Holocaust, were prominent in society and highly respected.
Jack's father was a surgeon, credited with developing, at the time, revolutionary techniques for saving his patients lives.
I would often sit at his father's desk while we talked, history emanating intensely from the finely crafted walnut roll top antique.
Jack became a wanted criminal due to his anti-Nazi exploits, but with the help of bribes, was finally able to escape, on a ship, from Germany.
"I watched my father from the ship as he got smaller and smaller in the distance.
I knew I would never see him again.
The German's murdered him.
They murdered everyone who stayed.
I didn't know this for years of course, and when I landed in New york and disembarked, I kissed the ground and said, 'Thank G-d for America.'"
Jack lived with his uncle Max Wohl on the lower eastside of New York.
"One time, after I first came to America, Uncle Max walked out of the bathroom, going to the bedroom, naked.
His wife and married daughter happened to be in the hall when he walked through, and his wife, Ilsa, caught him in the bedroom and said, " You pig! Aren't you ashamed of yourself, being naked in front of your daughter?'
and he said, "she's married allready, she's already seen it.' "
Eventually, Jack Wohl became the first licensed optometrist in Albuquerque, New Mexico.
Jack didn't make a lot of money, however, as he spent most of his profits buying matierials to make glasses for the poor, and mainly, the local Navajo Indians.
Every night, for 50 years, Jack drove downtown and served meals, at the rescue mission, to the poor.
While Jack was with us at the rehab center, a Rabbi arrived, and Jack and I would go visit him and the other Jewish patients, most of whom were old and feeble.
I would say, "Jack let's go visiting, do a mitzvah."
And Jack would respond, in his charming way, offhandedly, "A mitzvah, yeah."
"one day, " Jack said, "I was at a restaruant with my wife, in Albuquerque, and a man came over to our table and said, Mr Wohl, I want to apologize for what the German's did to the Jews, I ask your forgiveness.
I told him I'd forgiven the Germans a long time ago.
He was the first, and only German, that ever did that."
"Jack, " I asked, "How could you forgive the Germans, after what they did?"
"Hate destroys you, Michael, you have to let it go." He said.
"You can't forget, but you can forgive."
Once I knocked on the door of Jack's room, "Come in", he said and in the gloom
he was watching tv, the history channel, it was a documentary about the Nazi crimes.
This was the only time he ever seemed distant.
"I was there." he said.
"I can tell when they are showing something as it happened, or not.
I was there.
I saw hitler.
My father operated on Goebbels.
One night I was riding my bicycle and a group of brownshirts knocked me off the bike and beat me.
When my father was smuggling me out of Germany, storm troopers boarded our train
and took my father off.
He was gone for two hours.
When he came back his face was white.
I had never seen my father like this.
I noticed his gold watch was missing.
He'd bribed the stormtroopers to let us go."
Jack repayed the crimes of the holocaust by living a life of kindness and service to human beings. To the least of mankind he offered his hand and his heart.
As I stood there watching Jack's sadness, his face reflected in the glow of the television replaying the crimes of the German nation, I put my hand on his shoulder and squeezed gently, "Hey Jack, let's go visit the Rabbi, do a mitzvah."
He smiled, "Yeah, a mitzvah."

Jack Wohl, of Blessed Memory, passed away last week.
He will always be in my hearts core, in my heart of hearts, forever.
He was a mensch

It's Time for The Arab Occupation Of Israel to End 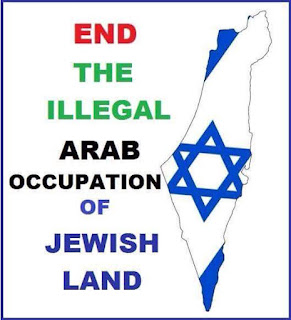 Jews are the indigenous people of Israel.
Most of the Arab occupiers arrived after the Arab defeat, subsequent to the Arab armies war of agression in 1967, when the arab occupation began refering to themselves as "Palestinians" a term which prior to the Arab invasion had refered to the indigenous Jewish population.
Even so, Israelis generously allowed the Arab occupiers to remain, and invited them to become citizens of the ME only Democratic Nation.
The Arab response has been murder and other forms of terrorism.
After the "Arab Spring" the arab world broke out in open rebellion joining existing terror gangs and forming new, even more blood thirsty gangs and began slaughtering raping and oppressing their fellow muslims, and anyone else unfortunate enough to be in the reach of these criminals.
It is time for the arabians illegally occupying Israel, YESHA, to return to their own lands, and take their bloodlust and sociopathic behavior with them. 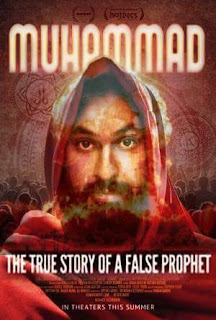 When someone draws an image of mohahmed, the goat herder that allegedly invented islam, and the koran.the well known plagarization of the Jewish and Christian scriptures, muslims around the world respond with riots, mayhem and mass murder.
Well, since they keep, parrot-like, yammering that islam is a religion of peace, we should be seeing millions of muslims around the world demonstrating against the most recent muslim atrocity in France. the mass murder of innocent civilians, women and babies.