Compared to GW Bush, trump is a Blithering Idiot


As we gear up to watch the  Message To Congress,  we are taking a trip down memory lane. An awkward trip, full of longing for the more erudite days… of George W. Bush.

Trump simply wants the truth not to be true

Trump lashes out with mindless twaddle, insinuating that the media has fully abandoned the pillars and principles of journalism to join the opposition. 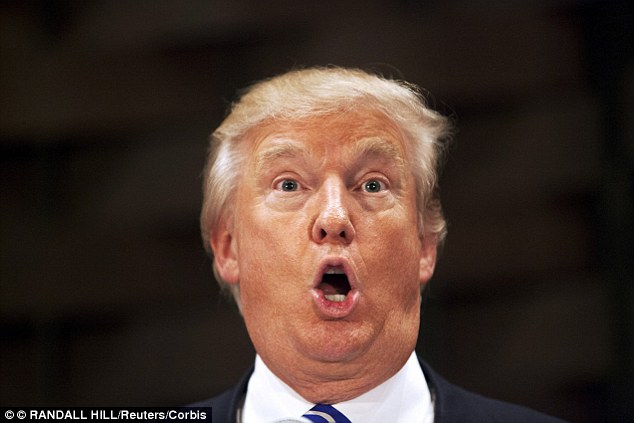 Donald Trump’s unrelenting assault on the media is in fact an assault on the implacability of truth, the notion of accountability and the power of free speech. It is also a bit of a bow to the conspiracy theorizing that Trump is wont to do.

Trump’s “boss,” Steve Bannon, immediately blasted the notion the way a shotgun blasts a quail rising from the brush:

“The reason Reince and I are good partners is that we can disagree. It’s not only not going to get better. It’s going to get worse every day.”

Will Trump be assassinated, ousted in a coup or just impeached? 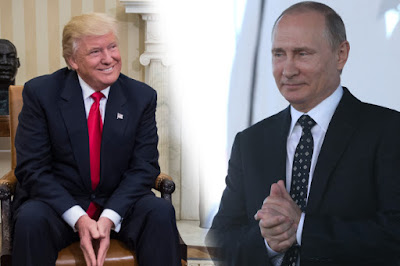 Although the temptation is to say to trump's remaining supporters "I told you so!"
It should be resisted.
Most of us knew the main reason trump would be the first president in modern times to hide his tax returns is that they show he has stupidly squandered his inheritance.
His presidency is following the same pattern as his forays into business, he is a loser.
He tries to cover his incompetence by saying "This is the information I was given."
During the campaign businessmen who worked around trump unanimously said he was a terrible businessman.
MFBSR

All Washington can talk about is how badly trump's reign will end.


The ‘most deadly adversaries of republican government,’ wrote Alexander Hamilton, arise ‘chiefly from the desire in foreign powers to gain an improper ascendant in our councils. How could they better gratify this, than by raising a creature of their own to the chief magistracy of the Union?’ Hamilton’s warning against ‘intrigue, and corruption’, published in 1788, speaks eerily to the Washington of today, where Donald Trump’s enemies imagine he is a Russian ‘agent of influence,’ bought or blackmailed by the Kremlin. The new chief magistrate himself is in full Nixon mode, at war with the media, the intelligence community, the ‘establishment’ and the ‘rigged system’, even as he takes his place behind the desk in the Oval Office . The scandal — if that’s what it is — has now inevitably been titled ‘Watersportsgate’. Is it conceivable that, like Nixon, Trump might eventually be forced from office?

It seems absurd to ask this question in the week of the new President’s inauguration. Still, the Senate Intelligence Committee has already announced hearings into ‘links between Russia and individuals associated with political campaigns’. The committee’s Republican chairman issued a statement saying the inquiry would be ‘bipartisan’ and would rely on ‘the issuance of subpoenas if necessary to compel testimony… The Committee will follow the intelligence wherever it leads.’ If Trump’s staff or friends did meet with Russian officials to co-ordinate hacking the US presidential election, there is a word for that: treason, the first and most important of the ‘high crimes and misdemeanours’ set out in the constitution as grounds for impeachment. But Trump’s people have denied that any such meetings took place. And even if there were meetings, what was discussed? And if there were any discussions that would trouble a Senate committee, was Trump even aware? What did the President know and when did he know it?

If, if, if — a long chain of ifs. Importantly, there is almost no public discussion in Congress — from either party — of impeaching Trump. One of the very few to talk openly about the possibility was Congresswoman Maxine Walters, a Democrat, as you would expect. She told the cable news channel MSNBC that Trump had ‘wrapped his arms around Putin so tight… I don’t buy it, I don’t think the American people buy it, and he’s not going to get away with it. We’re going to investigate him and find out what is this real connection he’s got.’ She concluded: ‘Let’s find out… whether we’re putting a man in the most important office in the free world who may be held hostage by Putin and Russia.’ I was told by a senior Congressional aide that other House Democrats were keeping quiet until after the inauguration for tactical reasons. They recognised there was no support for hearings among the majority Republicans on the House Judiciary Committee, the place where any move to impeach would have to originate. This is not (yet) 1974.


A university professor called Robert Kuttner has begun his own effort to get the impeachment bandwagon rolling. He is trying to convene an ‘independent body of very reputable jurists and other blue-chip people’ to assemble a ‘running dossier of impeachable abuses’. The dossier (a word that now resonates in Washington) would be given to the House Judiciary Committee if, as Kuttner hopes, it eventually convenes impeachment hearings. ‘You have to let him take office,’ he told me, echoing the Congressional aide’s analysis. ‘You have to see which of his actions that look like they are impeachable carry over into his actual presidency. The evidence has to accumulate… to the point that Republican members of Congress feel the need to put some distance between themselves and Trump… this is what happened with Nixon.’

Professor Kuttner is pinning his hopes on the emoluments clause of the US Constitution, which says office holders cannot receive gifts from foreign states unless Congress gives permission. ‘Trump is incapable of not mixing his personal self-interest with his duties as President. He just doesn’t have the impulse control to know how to do that.’

The founding fathers thought the dangers of corruption by foreign powers were such that they put the emoluments clause in the first article of their new constitution. They had in mind a notorious incident involving Benjamin Franklin, who had been given a diamond-encrusted snuff box by the king of France. Franklin was allowed to keep it only after the Continental Congress approved.

Trump’s lawyers have said they don’t think the emoluments clause applies to him. And Trump himself said, in an interview with the New York Times after the election, that ‘The law is totally on my side, meaning the President can’t have a conflict of interest.’ He has since announced plans to put his businesses into a trust — though, as it is run by his sons, this is far from the kind of blind trust that other presidents have used. His lawyer, Sherri Dillon, told the news conference called to discuss all this: ‘No new foreign deals will be made whatsoever during the duration of President Trump’s presidency. New domestic deals will be allowed, but they will go through a vigorous vetting process.’

But what happens if foreign diplomats start booking out Trump’s hotel in Washington? If foreign banks lend his companies money at cheap rates of interest? If foreign corporations buy up condos in Trump Tower? Trump has stated — correctly — that he has few business interests in Russia, but Russian money has poured into New York real estate and (as his son Donald Junior has acknowledged) into Trump’s companies.

Trump’s opponents may think he is doing to the constitution what those Russian hookers are alleged to have done to the bed in the Ritz Carlton’s presidential suite. (Pity the poor maid if this is true.) But no one has seen any sex tape. It is a distinct possibility that there is no kompromat — compromising material. Instead, another Russian secret service term is needed to understand what is going on: provokatsiya — a provocation, or hoax, designed to confuse the enemy. Last March I was told by someone in the US intelligence community of another alleged tape, about Kremlin money going to Trump’s associates for his campaign. The recording was supposedly made by the Estonian secret service. One of the (many unproven) allegations in the dossier compiled by the ex-MI6 man Christopher Steele is of a meeting his sources say was monitored by the Estonians. If the Senate Intelligence Committee finds nothing at the end of this trail of breadcrumbs, there will be no votes among House Republicans on the judiciary committee for impeachment hearings. If more comes out, however, anything is possible. Trump might then complain, along with Nixon, of Congressional attempts to overturn the result of an election. ‘Resigning now,’ Nixon told his Cabinet as pressure grew for him to step down, ‘could start America down the road to a parliamentary type of government in which the executive stays in office only as long as he can win a vote of confidence from the legislative branch.’

For some of Trump’s supporters, this is the least of it. The most popular story now on the right-wing ‘news’ site Infowars is headlined: Will the CIA assassinate Trump? ‘If you are at home, shelter in place and prepare to ride out a storm,’ the website advises. ‘Do not trust the media; and try to take notice if a coup has taken place, and constitutional authority subverted.’

Infowars is a vehicle for Alex Jones, who told listeners to his radio show to expect a military coup. Evidence for this included a tweet calling for martial law by Rosie O’Donnell, a liberal TV personality who has feuded with Trump in the past. ‘You heard this from me first,’ Jones said. ‘Ladies and gentlemen, they’re nakedly saying they want to overturn the election. They are prepping… saying we need a national emergency to clear up if Trump is a Russian agent…They are planning to put 50 million Americans in re-education camps. These people mean business.’

Funnily enough, I heard something similar at an impeccably liberal cocktail party in Washington before the election. The crowd were national security intellectuals. ‘If Trump is elected,’ said one of the guests, ‘it will end in a military coup. Tanks on the White House lawn.’ He was the second person to tell me that at the party. Conversations in Washington have taken on a hallucinatory quality. Impeachment — however far-fetched an idea — is not the most outlandish possibility being discussed in this town as the 45th president