The protests in Israel

TIME WILL TELL whether the gigantic popular protests of the past month in the streets of Tel Aviv, Jerusalem, Haifa and other Israeli cities will outlast student summer holidays or the Palestinians’ stated intention to seek a formal declaration of statehood at the United Nations next month.
Conceivably, either the resumption of school or a diplomatic crisis could dissipate the impressive reserves of energy, enthusiasm and deep-seated social grievance that have fueled the Jewish state’s biggest demonstrations in years. 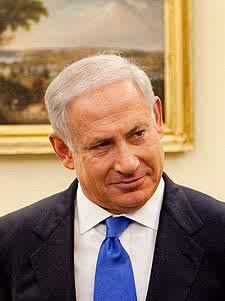 Still, the conservative government of Prime Minister Benjamin Netanyahu — an implicit target of many protesters — isn’t out of the woods yet. Organizers have called for mega-marches in dozens of Israeli towns Sept. 3, with a goal of bringing 1 million people to the streets. Not counting Israel’s Arab citizens, who have mostly skipped the protests so far, that would mean a sixth of the country’s Jewish population would participate.
Even by the standards of a famously querulous country, these demonstrations, and the urban tent cities they have spawned, are something new, and not just because of their size. Lacking recognized leaders, fixed goals or allegiance to any political party, the rallies have morphed from low-grade anger over the price of cottage cheese, an Israeli breakfast staple, to a broad manifestation of genuine discontent with the nation’s social contract.
Among the objects of the protesters’ fury are the soaring cost of living — for housing, gasoline, food and a decent education — and the widely shared sense that Israel’s go-go economy has enriched a new class of elites and oligarchs while leaving middle-class families in the dust. What does it matter if the country is spawning high-tech start-ups and posh restaurants, say the mostly young protesters, if hundreds of thousands of well-educated people with jobs can barely afford to pay rents that climb by 5 or 10 percent each year? Who cares whether unemployment is among the lowest of any rich nation if the distribution of income and wealth is among the most inequitable?
The resentment has its roots in nostalgia for a more egalitarian era and in an economy that, even as it boomed, was warped by lack of competition. Tycoons and family-based conglomerates, a relative handful of whom control outsized swaths of industry, are household names in Israel and hardly beloved. The concentration of power and wealth has contributed to spiraling prices, a spreading sense of unfairness and signs hoisted by demonstrators proclaiming, “People Demand Social Justice.”
Mr. Netanyahu is walking a tightrope. Though he is a free-marketeer by inclination and experience — he was finance minister in the 1990s — the protests caught him (and everyone else) off guard. He has cautioned against “irresponsible, hasty and populist steps,” signaling that he will not endorse waves of new social spending.
On the other hand, Mr. Netanyahu can hardly ignore a broad-based movement, popular in the polls, that has seized the nation’s imagination. He has promised to meet with protesters, pledged to build more affordable housing and named a high-level commission to recommend the next moves.
The trick will be to set in motion steps leading to a more equitable and balanced Israeli economy without sapping its entrepreneurial spirit and enviable growth.
First Published on Washington Post