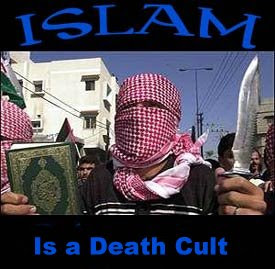 A few days ago, security guards were patrolling the streets near Rome’s Jewish school with metal detectors, searching for possible explosive devices. Rome’s largest synagogue, one of the oldest in the world, today looks like a military outpost, with private guards and policemen at every corner. The Jewish school is also a “sterilized area,” protected by bodyguards and cameras, the windows plumbed with iron grates. I saw the same in the Jewish homes of Hebron and in the schools of Sderot, the Israeli city bombed by Hamas.
The March attack at a Jewish school in Toulouse, which resembled that of Itamar (when an Israeli father, mother and three children were slaughtered in their beds by a Palestinian commando), triggered “an explosion” of anti-Semitic attacks across France. According with the Service de Protection de la Communauté Juive, more than 90 anti-Semitic incidents took place in France only in the 10 days that followed the shooting, which left four people dead. In total, 148 anti-Semitic incidents were recorded in March and April. It’s an anti-Semithic pandemonium totally silenced by the European media.
Anti-Semitism raises again its head in estern Europe. During the Holocaust, Europe dispatched its Jews to the gas chambers. Seventy years later, in the welfarist, multicultural and semi-Islamicized Europe, Jews have again come under attack. Enclaves of ultra-Orthodox Jews will likely survive in the main cities, but Jewish life as such has no future in Europe.
Rabbi Adin Steinsaltz, the world’s leading Talmudic scholar, delivered this apocalyptic vision: “The Jewish community in Europe is dying.” All the recent polls say that a third of Europeans show very high levels of anti-Semitism, while over half of Europeans view the State of Israel as “the greatest threat to world peace.”
For as comfortable as life might be in the arrondissements of Paris, the situation for the Jews will only worsen. A few days ago, Jews were nearly lynched in Lyon by an Arab mob armed with hammers and yelling “dirty Jews.” That’s why in the past few years, the number of French Jews immigrating to Israel has doubled. Hundreds of French Jews have bought apartments in Israel. It’s their “pied-a-terre” in case the situation gets darker in Europe. “Jews in France, you are in ranger, your place is in Israel,” read some banners brandished by French-Israelis during a ceremony in Tel Aviv honoring the victims of the pogrom of Toulouse.
A few years ago, the UK paper Daily Telegraph ran a story under the title: “Is this the last generation of British Jews?”. The Jewish population in the United Kingdom, threatened by Melanie Phillips’ “Londonistan,” will decline to 240,000 in 2020, 180,000 in 2050, and 140,000 in 2080.
The President of Austria’s Israelite Community, Ariel Muzicant, warns that the Jewish Community is also dying out: “If a miracle doesn’t happen soon, the Jewish community in Austria will no longer exist in the foreseeable future.” In Sweden, a country described by The Guardian as “the greatest success the world has known,” Jews are leaving big cities such as Malmö due to security reasons, in order to escape anti-Semitic attacks.
Sixty percent of Dutch Jews are ready to pack up and leave the country. The cause is a boom of Islamic antisemitism in the famous multicultural Netherlands. Benjamin Jacobs, the country’s chief rabbi, declared to Arutz Sheva that “the future for Dutch Jewry is moving to Israel”.
Jews are fleeing Antwerp, the city in Belgium once proudly called “the Northern Jerusalem.” Last autumn, the ancient synagogue of Weesp became the first synagogue in Europe since the Second World War to cancel Shabbat services due to threats to the safety of the faithful. There are more than 1,000 Jews in Oslo, but you never see them. Not one. Today anti-Semitic inscriptions are being drawn on building walls in Marseille, Nottingham, Paris, Madrid, Amsterdam, Berlin, Kiev, Barcelona and Rome. Jewish cemeteries are daily ransacked and Jews are attacked on the streets if they wear the kippahs.
Europe is again approaching, as many prefer to avert their eyes, the horrible paroxysm of Jew-hatred that plunged the continent into its XX century abyss. In the current denationalized, universalist, third-worldist and secularized Europe, Zionism is casted as the cause of anti-Semitism, Bruxelles’ officials see the bombing of a synagogue in Paris as a reprisal for an Israeli incursion into Gaza, European ministers and MPs more and more call the Israelis “the new Nazis,” anti-Semitism is fading from the general consciousness and “Islamophobia” is declared the worst racism. In the old Europe that abandoned the internationalism of the proletariat for the transnationalism of the Islamic umma, there is no space for the Jews. Europe’s Arabized cosmopolitanism cultivates the fantasy of removing Israel from the Middle East. But Europe first will forsake and abandon its own post-Holocaust Jews. Only after Israel’s destruction the Jews will be allowed to return to their homeless status in France, England, Sweden, Germany. In Warsaw they might rebuild the ghetto, while from Baghdad to Haifa tens of thousands of miles will be covered only by the voice of Al Jazeera.