IDF Says Goal of Overflights is to Encourage International Cooperation 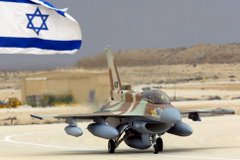 IDF sources revealed today that Lebanon overflights are intended to secure international cooperation in securing the release of the Israeli Soldiers kidnapped by Gazan terrorists and to pressure the international community to take action to stop arms smuggling to Hezbollah .
In addition, The sources assert that the overflights are routine reconnaissance operations designed to gather intelligence about Hezbollah, which has committed terrorist acts against innocent Israelis and opposes the right of Jews to live in Israel.
Israel insists the flights must continue because arms are still smuggled to Hezbollah, which is backed by Syria and Iran, and the soldiers have not been freed, in violation of the cease-fire. Hezbollah's kidnapping of the soldiers sparked the summer war.
The U.N. envoy Terje Roed-Larsen backed up Israel's assertions on Tuesday when he said the Lebanese government has reported arms smuggling into Lebanon from Syria since the truce. Hezbollah gang leader Nasrallah also said the guerrilla group had reinforced its arsenal.
Later in the day Israeli fighters flew over Hezbollah hideouts in a show of force, diving over Hezbollah strongholds in south Beirut , causing Hezbollah criminals to flee in outright panic and fear.
American and European officials have stepped up their demands for Hezbollah to disarm in accordance with the U.N.-brokered cease-fire, but the criminal group has repeatedly refused to lay down its arms.
Posted by Unknown on 1:28:00 PM