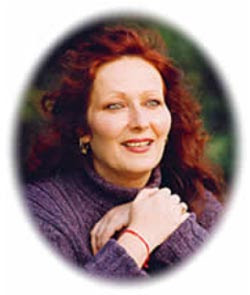 This article was posted on http://Jerusalemposts.com
It was posted by a lady I am proud to call a friend, Simone Simmons, Author, Raconteur and Spiritual Advisor to the Royal Family.

Friends,
As you may or may not know, I've had many discussions about the Jewish Refugees with Lyn J, who is the UK contact for Justice for Jews from Arab Countries.
We were wondering about how to promote the issue to become high profile. After much deliberating, I eventually wrote to Andrew Dismore, my MP, on 4th April this year, sending him the necessary information, as well as the resolution passed in the US Congress - saying we should do the same here - to get the plight of Jewish Refugees from Arab countries recognised. We had a nice little correspondence, culminating in a meeting today when I went along with Lyn who was highly efficient and well prepared with her wad of papers and information. Andrew himself had managed to find more information online since I first wrote to him, but thanks to our correspondence had virtually all he needed anyway. We had gone there initially to ask for an Early Day Motion, but were in for a wonderful surprise when he said he'd already mentioned it at the previous Adjournment Debate on 20th May as below:
"When talking about the problems of the Palestinian refugees, we overlook the Jewish refugees from Arab lands. In 1945, some 800,000 Jewish people were living in Arab countries; today, there are fewer than 7,000. I am thinking of the Jews from Iraq and Yemen, who had to flee the pogroms there. The net result was what can only be described as an exchange of populations, because of the number of Palestinians who left and the number of Jewish people who went to Israel, having been expelled from Arab lands."
We'd very much like to congratulate him on being the first MP ever to raise this issue in the House. Mazel tov! :-)
Simone

Westminster Hall Debate 20 May 2008
http://www.theyworkforyou.com/whall/?id=2008-05-20a.1.0&s=Internet Mr.
Andrew Dismore (Hendon) (Lab): I
congratulate my hon. Friend the Member for Grantham and Stamford (Mr. Davies) on
securing this very important debate and on his tour de force of historical
analysis. That said, I would like to mention one or two points of particular
relevance to the UK. First, it was, of course, the UK that created the Balfour
declaration, which led to the state of Israel. That was the positive. The
negative was how very soon afterwards, under the British mandate, we made every
effort that we could to limit immigration by Jewish people into Israel. The most
appalling decision was made in May 1939. I am referring to the White Paper that
limited immigration, on the eve of the holocaust, to 75,000 people over five
years. When considering the history, we should remember, not as a side note but
as an important point, that hundreds of British service people and civilians
gave their lives during the period of the British mandate, trying to fulfil what
was an impossible task given to them by the British Government and the League of
Nations in the mandate. The graves of those people are often forgotten. When
talking about the problems of the Palestinian refugees, we overlook the Jewish
refugees from Arab lands. In 1945, some 800,000 Jewish people were living in
Arab countries; today, there are fewer than 7,000. I am thinking of the Jews
from Iraq and Yemen, who had to flee the pogroms there. The net result was what
can only be described as an exchange of populations, because of the number of
Palestinians who left and the number of Jewish people who went to Israel, having
been expelled from Arab lands. Now, of the population of Israel— 7.2
million—some 20 per cent. are Arab, yet there is still immigration not just from
Russia and Ethiopia, but from Europe. Of course, there are people from my
constituency who like to carry out aliyah—to return to what they consider their
homeland of Israel. We also see, in the rest of Europe, people fleeing to Israel
from the fear of anti-Semitism, which has been growing dramatically. In
the short time available, I would like to remind hon. Members of the founding
principles of Israel. The declaration of independence stressed the values of
liberty, justice, peace and equality—traditional values. Israel has been able to
maintain that democracy against all the threats with a vibrant supreme court,
which challenges its own Government in the same way that our courts challenge
our Government, of whichever political hue—often to the regret of the
politicians involved. Although Israel has won the wars that it always has to
fight against threats that exist—I am thinking of the events of 1948, 1956, 1967
and 1973—unfortunately it has lost the battle for public opinion. When we
compare how people perceived Israel in 1967 with how they perceive it now, we
need to ask why the perception has changed. It is partly because Israel has not
gone out to court world opinion. Also, people forget that Israel is surrounded
by an enormous population of people who are hostile to it. That has fed
anti-Semitism around
the world. It has led to terrorism, hostage-taking, the missing Israeli service
personnel, from Ron Arad to Gilad Shalit, and now we see for the first time threats to
Israel’s existence from Iran and the nuclear programme of President Ahmadinejad, who refuses
to negotiate about that. Although the threat to Israel’s existence—though not to
its population—through terrorism has declined, a very different world is now
developing. We will perhaps see some realignment as Arab states, too, are
threatened by the growth of Iran’s armoury. There is little time left in the
debate, so I will simply say this. If there is to be progress and a peace
agreement, the three international conditions of an end to terrorism,
recognition of international agreements and recognition of Israel by Hamas must be met.